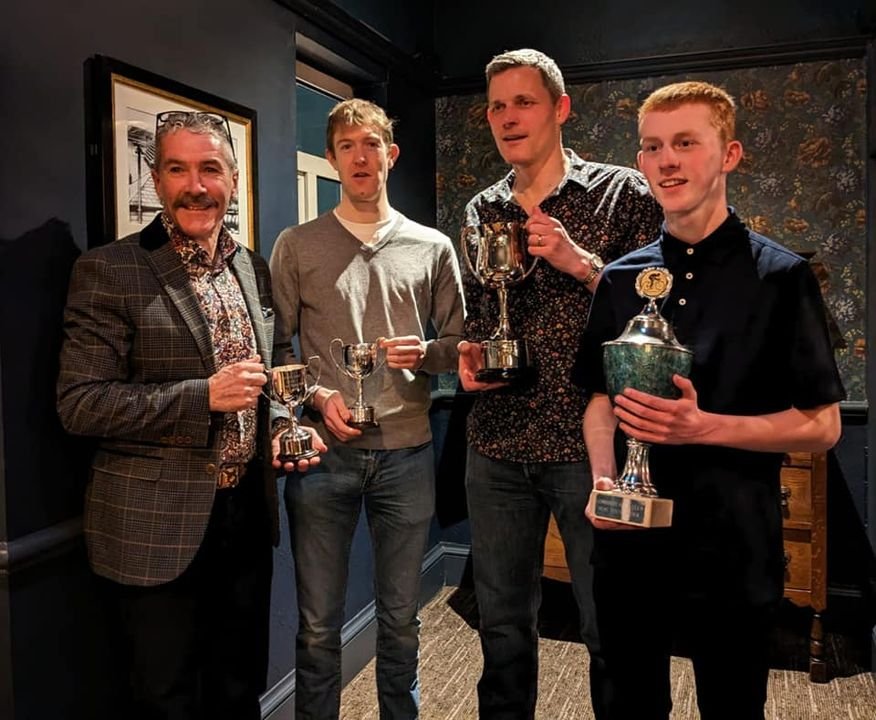 The Awards night commenced at 7pm with  Club Members and Partners attending - 44 in total. After initial drinks and chat the Awards were handed out. These being:

The awards for the TT's were given for the fastest times in the Open 12m TT run by the club on the Stamfordham Course.

Simon was also the runner up in the N&DCA BAR.