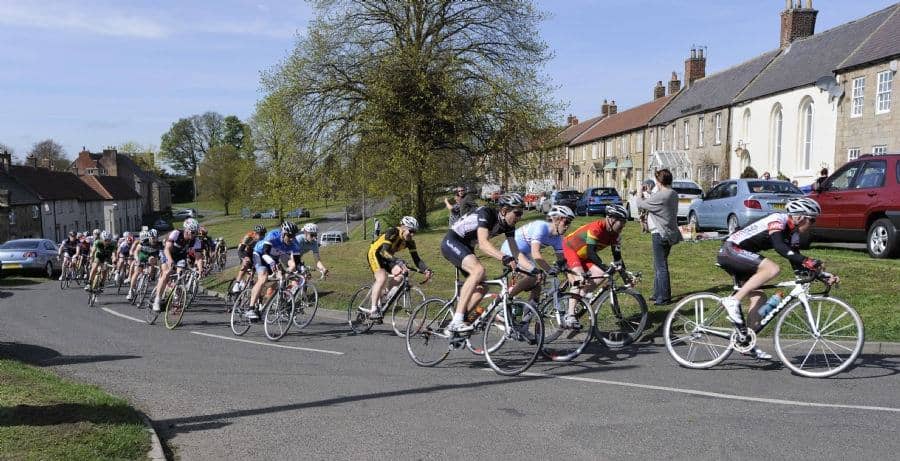 Sunday 17th saw the 60th edition of the Sloan Trophy Road Race promoted by Gosforth Road Club. The course was based around the village of Stamfordhamin Northumberland , and used some of the same roads that will feature in the 2011 National Road Race Championships as part of the Northern Rock Cyclone  weekend in June.  Superb weather led to some very fast and exciting racing, with the field driven by a strong contingent of 2nd Category riders from all over Northern England and Scotland. Ably sheparded by members of the NEG, aggressive racing occurred throughout, but it was not until the 4th of the 5 laps that a decisive break formed .  Harry Grey of Vanilla Bikes was able to narrowly escape his 5 breakaway companions for the win, before a tight bunch sprint followed for the minor placings.